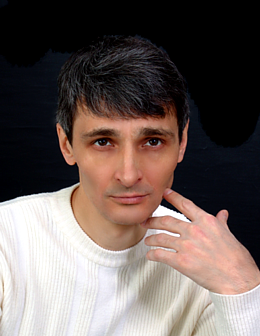 I’m a studio musician, composer, and sound designer.  I have more than ten years of experience in music production. Besides my own projects, I work with singers as an arranger and make scores for video producers.

My music may be described as an analog of the genre of fantasy in literature. Many stories and compositions have been inspired by works of surrealists and writers of fiction. To some extent, it could be seen as an attempt to create the future or at least as an effort to imagine what we want it to look like.

I would like to have people listening to my music feel the same as what I feel when creating it. Ideally, in the listener’s mind, the same picture should appear in my mind. Of course, I understand that all the same combinations of sounds can arouse completely different associations. But at the same time, people have something in common, traditional images, stereotypes. I hope that with further development of my knowledge of psychology and psychoacoustics I will be more successful in carrying out my task effectively.