Audio mixing is an essential part of the music and video production process. In order to create a great-sounding record, producers must have a thorough understanding of the technology, techniques, and tools used for editing and music. This post contains the most common questions that aspiring film producers have when mixing audio.

What is audio mixing?

Mixing is the process of blending the various elements of a soundtrack together. This is done by balancing the levels of each element, such as speech, musical instruments, and sound effects. the process also involves adding effects, such as compression and reverb, to create a unique sound. The process is done using a mixing board or a DAW. This allows producers to adjust levels, add effects, and create a cohesive mix.

What to look for when mixing speech and background music when scoring a movie?

How to make the speech sound in the mix more intelligible?

To make the speech sound in the mix more intelligible, it is essential to use tools such as equalization and compression. Equalization can be used to adjust the frequencies of the speech so that they are more audible. Compression can also be used to even out the volume of the speech and reduce any peaks or fluctuations. Additionally, it is indispensable to choose background music that complements the dialogue, rather than overpowering it.

What frequencies in noise drown out speech?

How to remove the sounds of the speech frequency range from the noise?

Which musical instruments have the least impact on speech intelligibility?

Instruments such as the piano, acoustic guitar, and strings have the least impact on speech intelligibility. These instruments tend to have less mid-range frequencies, which can help to avoid masking the speech. Additionally, instruments such as synthesizers and electric guitars should be used sparingly, as they tend to have more mid-range frequencies that can interfere with speech intelligibility. Finally, percussion instruments should also be used sparingly, as they generally have high frequencies that can overpower speech.

Do I need to subject the voice to compression when scoring a movie?

Yes, it is usually necessary to subject the voice to compression when scoring a movie. Compression helps to even out the volume of the dialogue, making it more audible and easier to understand. It also helps to give the dialogue a more professional sound by reducing any peaks or fluctuations in volume. Additionally, compression can be used to add character to the dialogue by adding warmth and color to the sound.

Do I have to have a special hearing to control the mix?

No, you do not have to have special hearing to control the audio. However, it is important to have a good understanding of sound and music production, as well as a good pair of headphones or studio monitors. Additionally, it is important to be familiar with the tools and techniques such as equalization and compression. With the right knowledge and experience, anyone can be a successful sound designer.

How to visually control the audio?

Is it possible to correct speech recorded on a cheap microphone?

Yes, it is possible to correct speech recorded on a cheap microphone. This can be done by using equalization, compression, and other tools to reduce any distortion or noise and improve the clarity of the speech. Additionally, the use of effects such as reverb and delay can help to add depth and richness to the speech. However, it is important to note that the quality of the original recording will have a significant impact on the quality of the final mix.

Are hardware mixers really better than software ones?

Hardware mixers offer a number of advantages over software mixers. Hardware mixers provide more control over the mix, with dedicated knobs, faders, and buttons for each channel. They also offer more flexibility, with the ability to adjust levels and add effects on the fly. 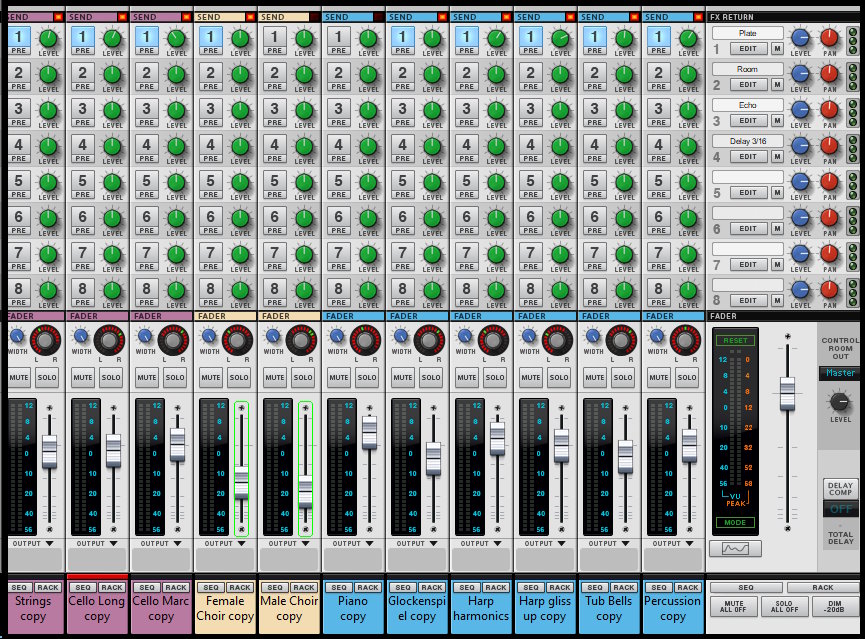 Hardware mixers also provide more tactile feedback than software mixers, making it easier to make small adjustments. However, software mixers are typically less expensive and offer more features, such as automation and virtual instruments. Ultimately, the best choice will depend on your specific needs and budget.

What speakers are best for mixing control?

Studio monitors, or speakers designed specifically for audio mixing, are the best choice for audio control. Studio monitors are designed to accurately reproduce the sound of the original recording, providing an accurate representation of the mix. Additionally, studio monitors are typically designed to reduce distortion and minimize listener fatigue, which can be important when working for long periods of time. Other types of speakers, such as headphones and consumer-grade speakers, are not ideal for mixing control as they often lack accuracy and clarity.

What audio standards are used in film production?

What are the soundtrack requirements for film festivals?