Sound effects are usually created artificially, not always though. There are many opportunities to create unique and new cinematic noise based on natural sounds by processing them with analog and digital tools.

The synthesizers give the maximum effect when you need to create something new non-standard. Despite the fact that for many years, sound producers have come up with a huge number of effects, it is unlikely that a crisis is possible in this area.

Hardware and Software for sound production

Hardware and especially software for sound production are constantly being improved. This gives musicians and composers new opportunities, opens new horizons. The developers are working on the technological software that will allow them to easily manage sound production. With the high-tech hardware and software, it will become easier for the producers to assure that they will get the best quality sound every time they are working on the project. They cannot compromise with the quality of the sound and that is why producers assure to invest in the latest software that is available in the market. 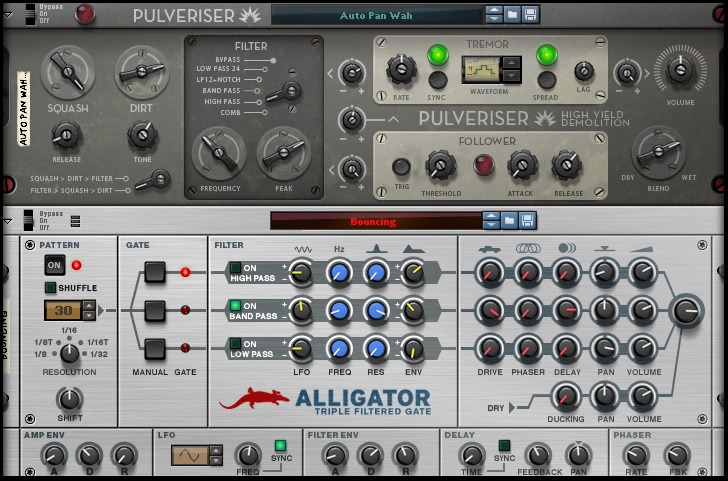 The simplest method of production is the addition of several natural sounds. This technique has been used for centuries in classical orchestration. Natural sounds also known as the classical sound uses classical musical instruments or simply sounds of nature. They are often the starting point for the formation of new ideas.

Some of the experts preferred to record the sounds of the birds chirping, wind, crushing sound of the sand, falling leaves, and waves. There were many producers that knew how to merge these sounds with the use of the classical instruments with such perfection that no one will ever know that from where these sounds came.

You will be surprised to listen to the old music because every tune and beat in the sound is simply perfect and mesmerizing that you will not be able to believe that how it is all managed.

The Modernization of sound production

In general modern tools include:

In addition, all of the above processing facilities can be aligned in series or in parallel.

The end result obtained in this way sometimes has a very distant resemblance to the original or does not have it at all. Here is an example of sound processing:

This allows giving background music noise a new quality, which is especially valuable when implementing non-standard ideas. This is the method that is commonly used by the specialists to assure that they will add maximum impact to the listener by the sound.

There is no resemblance to the old music with the new one because they have not been able to work in the same ways. However, it is a reality as well that the old musicians worked on the sounds of nature whereas modern artists have been creating artificial sounds using their own instruments and noises.

The second way is to create musical noises based on sound waves of various types. Such waves create specialized oscillators, both hardware, and software.

Each of the parameters of such a source of sound can be adjusted in accordance with the requirements of the sound designer – this is truly boundless freedom of creativity. Synthesized sound sources can be combined in various combinations. For each of them, you can choose the volume level, attack, and fall time, as a result of which the final mix will change in time in both amplitude and tone aspects.

Sinusoidal harmonics and their derivatives are great for forming consonant sounds and chords, while waves of rectangular and triangular shape are suitable for creating noises or dissonant sounds.

Using various methods of production, it is possible to create a crunch of cosmic glass, the rustling of ghost wings, the sound of the take-off of an interplanetary ship, and other musical backgrounds for different situations.

Who makes the best sound

A common question that most of the video makers have been asking is who has been providing the best quality sound. There is no appropriate answer to this question because it all depends on the taste of music and the application of it.

There are still many famous artists that have been working using the old methods of music creation.

They are using the old instruments to record and merge the natural sounds because they know the beauty of nature cannot be compared to what we have been recording and making artificially. All sound effects have their own importance and we cannot judge them only because they were old or modern. It is best to consider them in the context of a specific situation and application.

3 thoughts on “Sound Effects for Video Scoring. Which are best suited?”