In order to get an overview of the differences between MP3 and WAV formats just look at the picture below. Left graphics of frequency analysis shows cello sound saved in an mp3. The right graph is the same sound but saved in a WAV format. As you can see the left graphic has a large dip in the high frequencies. This is a consequence of the audio coding into the MP3 format.

Whether the person is able to hear the difference between WAV and MP3?

In certain cases, the difference between the MP3 and WAV formats is almost negligible, while in other cases, it is very substantial. In general, it depends on several factors:

If you listen to music through the speakers on a laptop or tablet, then most likely you will not notice the difference. The same goes for cheap speakers for desktop computers that cost about 10-15 dollars. Features of such systems do not allow to reliably reproduce the sound over the entire range of the spectrum.

The picture changes dramatically if you are the owner of a high-quality Hi-Fi and Hi-End system. In this case, the difference can be noted by most people, even those who do not have a sophisticated hearing. Vividly distortions occur in case the encoding produced with a low bit rate of less than 128 KBs. The difference in sound is also clearly seen when listening by using quality headphones cost $ 50 and above.

What musical instruments are most affected?

In the process of encoding files to mp3 format distortion of different musical instruments does not happen the same way. The least exposed to such instruments as a bass drum and bass guitar, because their timbre practically has no high-frequency component. 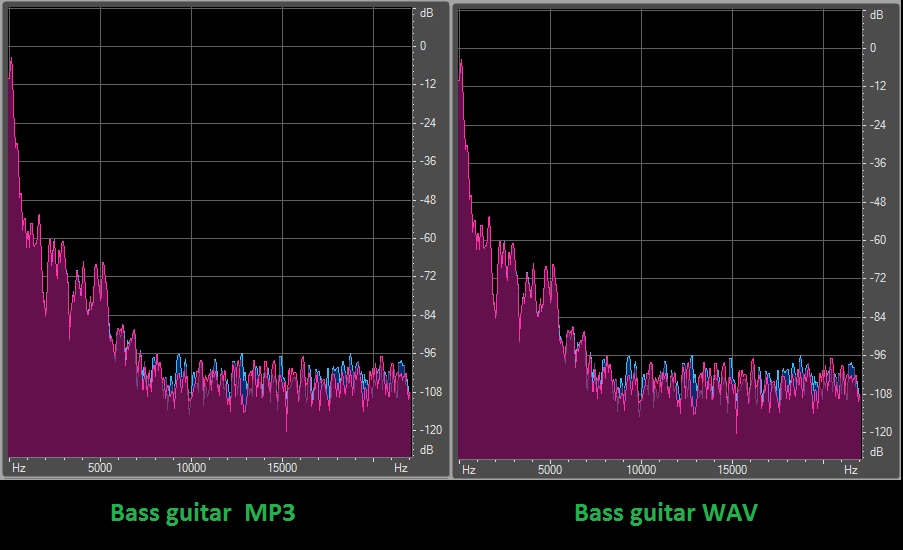 Most affected are musical instruments that have a large number of high-frequency harmonics, such as the violin, cello, and many synthesized instruments. 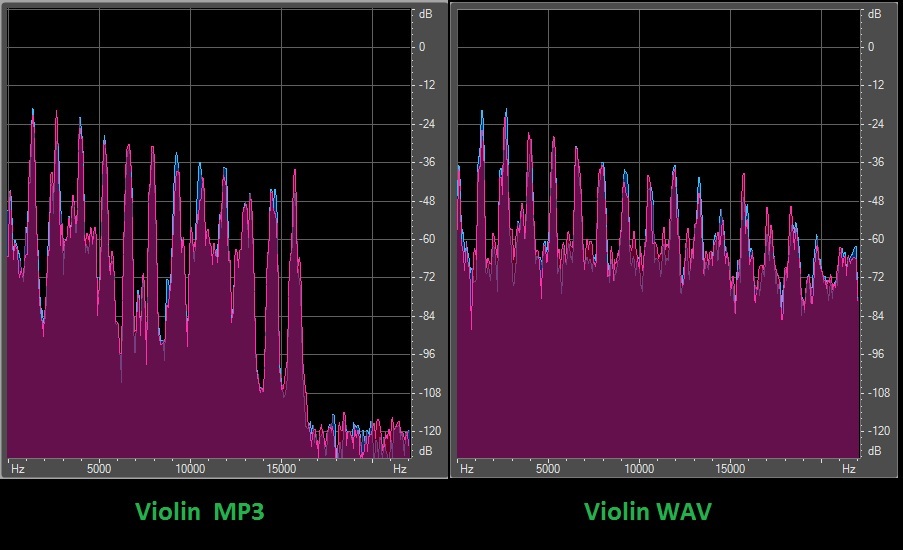 Why do we need to use mp3 format?

The mp3 format was created to transfer audio data in real-time over the Internet. A key feature of the format is the small size of files. During the encoding process, they are compressed approximately 10 times. This not only allows fast data transfer over the network but also to store a large number of files on the hard drives and flash drives.

What are audio formats used for scoring video?

In the purpose of scoring a small presentation in PowerPoint mp3 format is sufficient because the sound quality here is not critical. If you create a professional video Full HD format and plans to record it to Blu-ray disk, you should pay attention to a higher quality audio format such as WAV 44kHz / 16bit, WAV 96kHz / 24bit. If your video will be broadcast in the cinema is best to use the format of 5.1 surround sound.

4 thoughts on “What is the difference between MP3 and WAV formats?”