Nostalgic Memories is a solo piano composition saturated with light and serene tones. The track reflects closeness to nature, subtle sensations arising from the perception of the beauty of the sea, sky, forest, and fixation of subtle psychological states caused by the contemplation of the outside world. Simple sound techniques are used here, against the background of restrained emotions and a transparent, stingy texture.

For future listening, you can bookmark this page or install the free Spotify app.

Way of the light – slow and soft romantic background music written in ambient style. In addition to the piano, instruments of the symphony orchestra such as violins, oboe, flute, and cello are used here. The beginning and the final part are the most smooth, soothing, and relaxing. The intense orchestration in the middle of the track covers the entire spectrum of frequencies from high to low. Music is applicable for scoring melodramas, romantic comedies, animation, and popular science films.

Buy track in MP3 format using the link above (noncommercial use).

DOWNLOAD MP3 file for FREE using the link above (non-commercial use).

Buy track in MP3 format by using the link above (personal and non-commercial use).

Buy track in MP3 format by using the link above (personal and non-commercial use).

Nirvana – slow background composition, created with a minimum number of musical instruments. The basis of the track is repeated piano phrases. The monotony of the rhythm adjusts the brain to a tranquil mood, disconnecting consciousness from reality. A synthetic pad with a small dose of panning effect creates an additional relaxing effect.

DOWNLOAD MP3 file for FREE using the link above (non-commercial use). 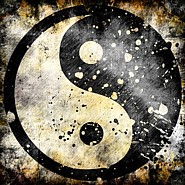 Mini album “Mind Tuner”, including six slow flute compositions, is a continuation of a series of background music for meditation. All tracks were written in the mode of improvisation, with little dynamic correction later.

Why did it call Mind Tuner? The human brain is a single-processor system, or in other words at a time can perform only one task. Very often, when we think about several problems at a time or try to perform two works, the result is a headache or depression. The brain does not like to switch from one to another and indicates that the person has ceased to use it in extreme mode.

Monophonic music is a traditional remedy for such disorders because of ideal for relaxation purposes. In addition, people usually associated flute in with a thin breath of wind, the murmur of water, or other natural phenomena.

Ideal conditions to listen to tracks of mini-album “Mind Tuner” – it’s good stereo headphones and an easy chair. Do not try to think about anything, just listening to the sounds. Musical phrases deliberately constructed so that they were similar to the human voice, in particular, the individual proposals.

Mind Tuner also is ideal as background music for mental work or study. It is recommended to listen to music at a low or medium volume.

Buy track in MP3 format by using the link above (personal and non-commercial use).
Listen to Full ALBUM using Spotify player.